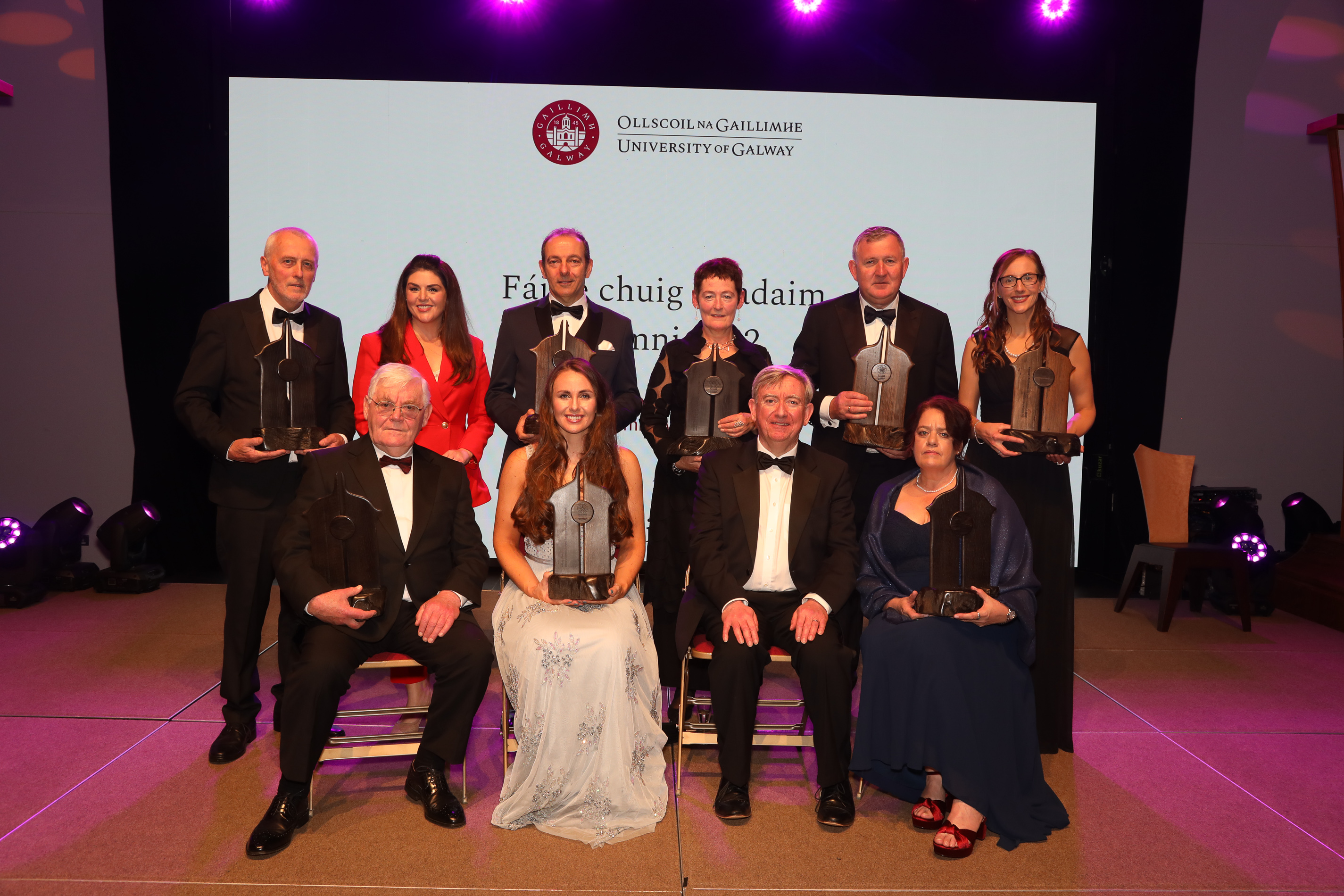 University of Galway marks more than 20 years celebrating graduates across the globe.

University of Galway has announced the winners of the 2022 Alumni Awards to be presented at the 21st Alumni Awards Gala Banquet on Friday October 21st. The Alumni Awards recognise individual excellence and achievements among the University’s 120,000 graduates worldwide. The awardees are leaders who have demonstrated impact and excellence in their fields on a local, national and international level. Now in its 21st year, the Awards boasts an impressive roll call of more than 100 outstanding University alumni. Among the distinguished recipients of awards are President of Ireland, Michael D. Higgins, Gráinne Seoige, Aedhmar Hynes, Eamon Gilmore and Máire Whelan, Ciarán FitzGerald, Olive Loughnane, Marie Mullen and Nicola Coughlan.

The winners of the eight awards to be presented at the Alumni Awards Gala Banquet 2022 are:

Speaking on the announcement, President of University of Galway, Professor Ciarán Ó hÓgartaigh, said: “All of those receiving awards in 2022 embody in diverse ways what we stand for as a university and are being recognised for their leadership and for the difference they are making in the and for the world. It is an honour for me and Ollscoil na Gaillimhe - University of Galway to share in that difference. I am particularly pleased that we can recognise their endeavours and achievements in person this year after such a forced hiatus.”