An Insight into Studying Music at NUI Galway 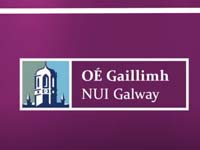 The BA in Music at the University of Galway is Ireland’s newest undergraduate music degree. Students learn about the theory and history of music, and develop creative practical skills in performance, composition and technology. There is also the possibility to take a work placement in a music-related field during the third year of the degree, for which students will receive training in transferable professional skills. This is an ideal course for anyone interested in pursuing a career in music, including teaching music in secondary schools and many other fields.

Who Teaches this Course

Minimum Grade H5 in two subjects and passes in four other subjects at O6/H7 Level in the Leaving Certificate, including Irish, English, another language, and three other subjects recognised for entry purposes. Leaving Cert Music is recommended, but not essential.

Dr Aidan Thomson is Head of Music and Senior Lecturer at the University of Galway.

Dr Thomson is a musicologist with a particular interest in British and Irish music of the early twentieth century, particularly Edward Elgar, Ralph Vaughan Williams, Arnold Bax and the ‘Celtic North’. He is also an experienced violinist (having led the National Youth Orchestra of Scotland while at university), pianist and organist.

Dr Thomson co-edited The Cambridge Companion to Vaughan Williams (Cambridge University Press, 2013). In 2016, he wrote and presented ‘Bax, Ireland and 1916’ for RTÉ Lyric FM’s ‘Lyric Feature’ programme, which looked at Bax’s relationship with the leaders of the Easter Rising. As part of the centenary celebrations, he also gave a public lecture in Dublin about Bax’s friendship with Pádraig Pearse.

Before coming to the University of Galway,  Dr Thomson was Lecturer in Music at Queen’s University Belfast, where he taught music history, theory and analysis, and some performance. He has also taught at the universities of Oxford and Leeds.

Dr Amanda Feery has been appointed as the new Lecturer in Composition with the Department of Music at the University of Galway.  Amanda Feery is a composer working with acoustic, electronic, and improvised music, having written for chamber and vocal ensembles, film, theatre, installation, and multimedia.

Her work has featured at New Music Dublin, First Fortnight Festival and Dublin Fringe Festival, among others, and she has been composer-in-residence at Bang on a Can Summer Festival, SOUNDscape and Greywood Arts. Her 2019 residency at Centre Cultural Irlandais focused on recording piano improvisations on public pianos in Paris.

In Year Two, students consolidate the knowledge and skills they acquired in their first year. All students study modules in composition, harmony and keyboard harmony, sound technology and music history. There are further optional modules in Irish traditional music, performance, popular music and musical theatre. Alongside Music, students continue with one of the other subjects that they studied in Year One.

Year Three is dedicated to Music and to the development of special skills and/or experiences.  In Semester 1, students take three Music modules on campus. These include Editing and Transcription, Scoring and Arranging, Musical Theatre. In Semester 2, students may have the opportunity to study Music abroad or carry out a locally based work placement or complete an extended project in Music at the University of Galway

In Year Four, students study Music alongside the subject that they studied in Year Two. All students complete an extended essay or composition portfolio, as well as taking modules in music history and performance analysis. Optional modules include Music Practice, Traditional Music Performance, Opera, and Women in Pop. Upon graduation, students receive a degree in Music and one other subject (e.g. French, Mathematics, Psychology, Information Technology, English, History etc.).

Students will be assessed using a combination of class tests and written and practical continuous assessment.

Curriculum information relates to the current academic year (in most cases).
Course and module offerings and details may be subject to change.

Credits
You must earn a defined number of credits (aka ECTS) to complete each year of your course. You do this by taking all of its required modules as well as the correct number of optional modules to obtain that year's total number of credits.
Module
An examinable portion of a subject or course, for which you attend lectures and/or tutorials and carry out assignments. E.g. Algebra and Calculus could be modules within the subject Mathematics. Each module has a unique module code eg. MA140.
Subject
Some courses allow you to choose subjects, where related modules are grouped together. Subjects have their own required number of credits, so you must take all that subject's required modules and may also need to obtain the remainder of the subject's total credits by choosing from its available optional modules.
Optional
A module you may choose to study.
Required
A module that you must study if you choose this course (or subject).
Required Core Subject
A subject you must study because it's integral to that course.
Semester
Most courses have 2 semesters (aka terms) per year, so a three-year course will have six semesters in total. For clarity, this page will refer to the first semester of year 2 as 'Semester 3'.

Why Choose This Course?

Music graduates typically go on to careers in such fields as performance, teaching, composition, academia, sound engineering, music therapy, arts administration, journalism, broadcasting, publishing, librarianship and archivism. In some cases, this may require a further vocational qualification or postgraduate study.


The BA Arts Music programme has been designed to meet the requirement of the Irish Teaching Council, so graduates will be qualified to use music as a teaching subject as part of their study for a postgraduate degree in post-primary education.

Students will also have opportunities to avail of at the University of Galway are unique offerings in creative arts management and business, ensuring they have real-world skills that will be directly relevant to the creative arts industry in Ireland and internationally.

Music BA graduates have transferable skills in such areas as public presentations, teamwork, research, and written and verbal communication. These skills are highly attractive to employers in a wide range of fields beyond music.


Students can combine the study of music with subjects such as Psychology, Legal Studies, Information Technology or Languages, all of which open up career opportunities in those areas.

Who’s Suited to This Course

In the third year of the programme, most students spend a semester either studying abroad at an international university or on a placement with an Irish arts, media or educational organisation. The university has partnerships with Galway Music Residency and Music for Galway; students may take placements with such organisations in the areas like marketing, production, administration or other areas relevant to their course. Students taking a language must spend a semester abroad studying in a country where that language is spoken, such as University of Toulouse Jean Jaurès, France; University of Bologna, Italy or Oviedo in Spain. There are also international links with American universities where students can study Music and other performing arts subjects such as Notre Dame University in Indiana, USA.

EU Fees are comprised of Tuition + Student Contribution Charge + Student Levy** €140.  **Payable by all students and is not covered by SUSI.  Further detail here. 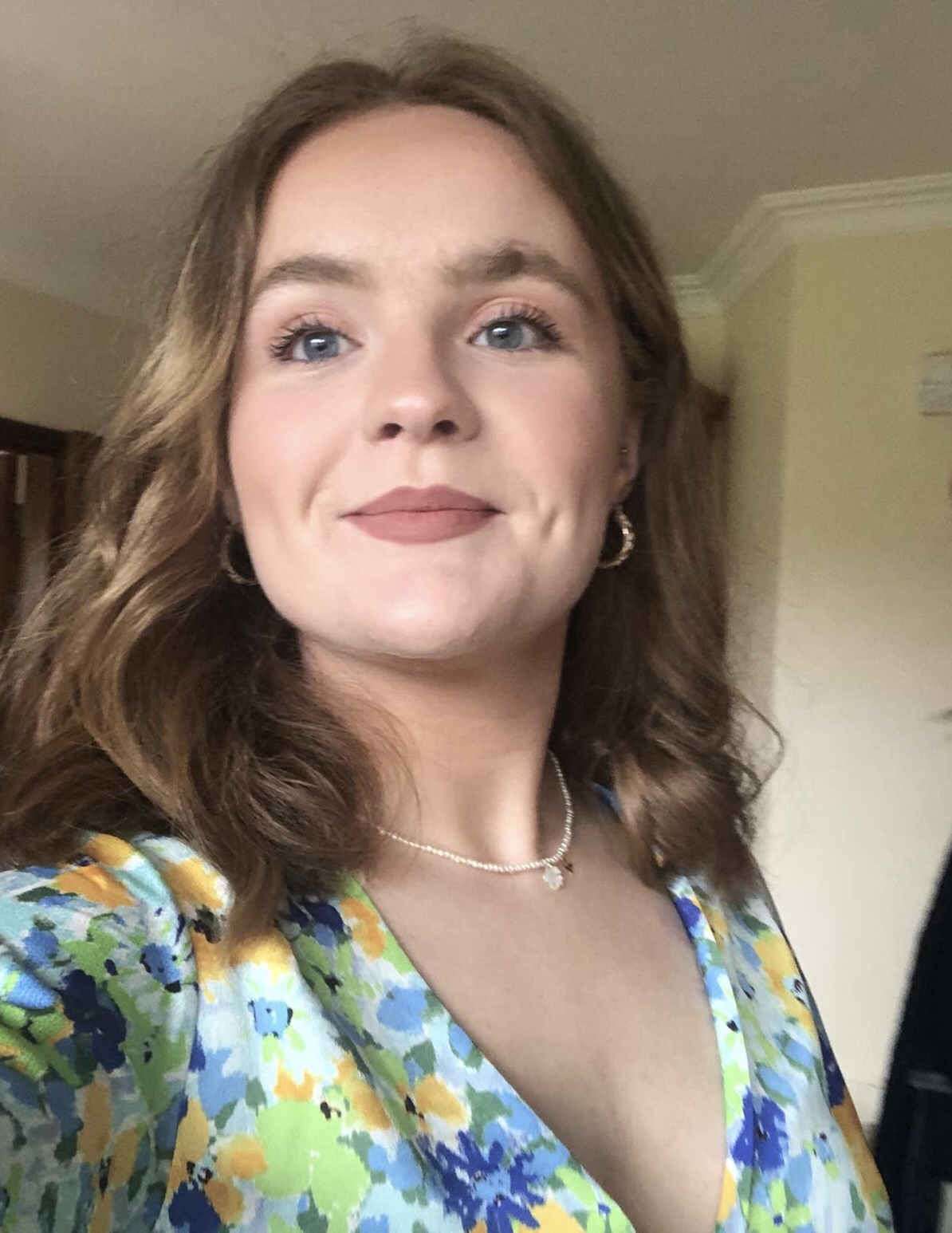 “Studying in the BA Music course in NUIG has not only enriched my music knowledge, but it has also introduced me to like-minded people who have become great friends throughout our four years of study. The course’s wide range of modules opened my eyes to areas of music I had not thought about or encountered before studying in NUIG. As I am now at the end of the degree, I have come to realise that some of these specific modules I was introduced to through the BA Music have hugely influenced where I aspire to go with my music career.”

in Connect with Katie
×