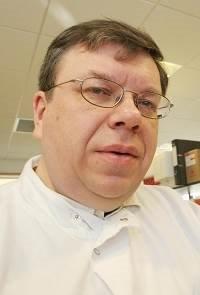 Dr. Yury Rochev obtained an honours Master of Science degree in Physics (1984) at Moscow State University, Biophysical Department, Russia. In 1990 he was awarded a Doctorate in Biophysics from the Institute of Biological Physics, the Soviet academy of Science, at Pushchino (Moscow region).

Dr. Rochev worked at the Institute of Biological Physics at the Soviet Academy of Science, Pushchino, (later the Institute of Theoretical and Experimental Biophysics, the Russian Academy of Science), Pushchino State University, from 1984 to 1998. His appointments include holding posts of Institute Deputy Director, Vice Rector for Academic affairs, and Chair of Advanced Biomaterials and Tissue engineering. In 1998, he took up a research fellowship position at the Department of Chemistry, NUI Galway, before taking up his present appointment as Senior Researcher in the Biomaterials Cluster, at the National Centre for Biomedical Engineering Science (NCBES) at NUI Galway. He was appointed as a Lecturer in Biomedical Science at the NCBES in 2007. Currently, he is Director of the M.Sc. in Biomedical Science course.

Yury’s current research interests include design and development of new smart biomaterials, polymer-based drug delivery systems, tissue engineering products, as well as nano- and micro-scale characterisation of biomaterials and medical devices. As the Biomaterials senior researcher he has managed the research activities of the Biomaterials cluster since 2002. He has published more than 120 journal articles, book chapters, conference and workshops abstracts and papers. Dr. Rochev is involved in several national and international collaborative research projects in biomaterials and tissue engineering. Dr. Rochev is involved in a number of industrial research collaborations, including a major collaborative research program with Boston Scientific Ireland.