The 10th Annual Marine Economics and Policy Research Symposium was held on Thursday and Friday the 28th and 29th of November at the Marine Institute in Oranmore. Organised each year by the Socio-Economic Marine Research Unit (SEMRU) of the Whitaker Institute, NUI Galway, with the support of the Marine Institute, the one and a half day event provides an update on a wide range of policy topics related to the marine sector in Ireland and further afield.


Bord Iascaigh Mhara and the Irish Forum on National Capital joined forces to host a senior stakeholder breakfast seminar to explore how Ireland and its marine sector can use natural capital approaches on its sustainable development journey. Dr Stephen Hynes of SEMRU was there to disciuss the ongoing projects of the unit in this exciting area of research.


Stephen Hynes participated in the 4th International Symposium on the Oceans in National Income Accounts. The theme of this year’s event was “Challenges and Measurements to Evaluate Marine Economy”. The symposium was held in Qingdao, China, from October 26th to 27th, 2019 and was hosted by the National Maritime Data and Information Service of China and the Ocean University of China The purpose of this annual symposium is to explore how nations around the world are incorporating the economic value of the ocean into national income accounts.  The symposium examines current issues in the measurement of ocean economic values, explores how economic uses of the oceans are rapidly changing, and how an understanding of the ocean’s contribution to national income can help sustain ocean resources and ecosystems. Stephen discussed challenges to measuring marine tourism in ocean economy accounts and presented research on measuring the value and contribution of marine and coastal tourism.


Participants from Spain, Portugal, UK and Ireland took part in the third Partner Meeting of the MOSES Project in Belfast this week. The group are part of the MOSES project which is funded by Interreg Atlantic Area Programme and looks at blue growth pathways for the key marine sectors.

This event also gave opportunity for engagement with a number of Irish & UK stakeholders in the marine sector at the Policy & Decision Forum, which the theme this time was sustainable ports and shipping, and coastal tourism. The breakaway session saw participants from both the ports & shipping, and the coastal tourism sector discuss some barriers and advantages to blue growth.

Over the final 15 months the project, will be working to assess the sectorial pressures of the marine environment in the Atlantic Region,  completing their “Living Lab” case studies to demonstrate sustainable transition pathways and culminating in the development of an integrated marine sustainability toolkit.

The one and a half day event will provide participants with an update on a wide range of policy topics related to the marine sector in Ireland and further afield. This year we showcase research from a number of the European projects such as ATLAS, MOSES, MERCES, SOPHIE and ALICE and have a host of invited speakers that have been linked to the activity of the unit over the last decade. Speakers will include Prof. Nick Hanley, University of Glasgow,  Dr. Adriana Ressurreição, Centre of Marine Sciences, Faro, Portugal and Dr. Easkey Britton, NUI Galway, to name but a few.

This year’s event will be hosted in the Marine Institute, Oranmore, Galway. Registration is free, and a light lunch will be provided each day.

Registration for this event has now closed.

SEMRU members and NUIG partners on the EU MERCES and ATLAS projects, Anthony Grehan and Stephen Hynes,  take time out at the top of the Healy Pass during the Tour de Beara, September 14th, to discuss project deliverables and the next decent! 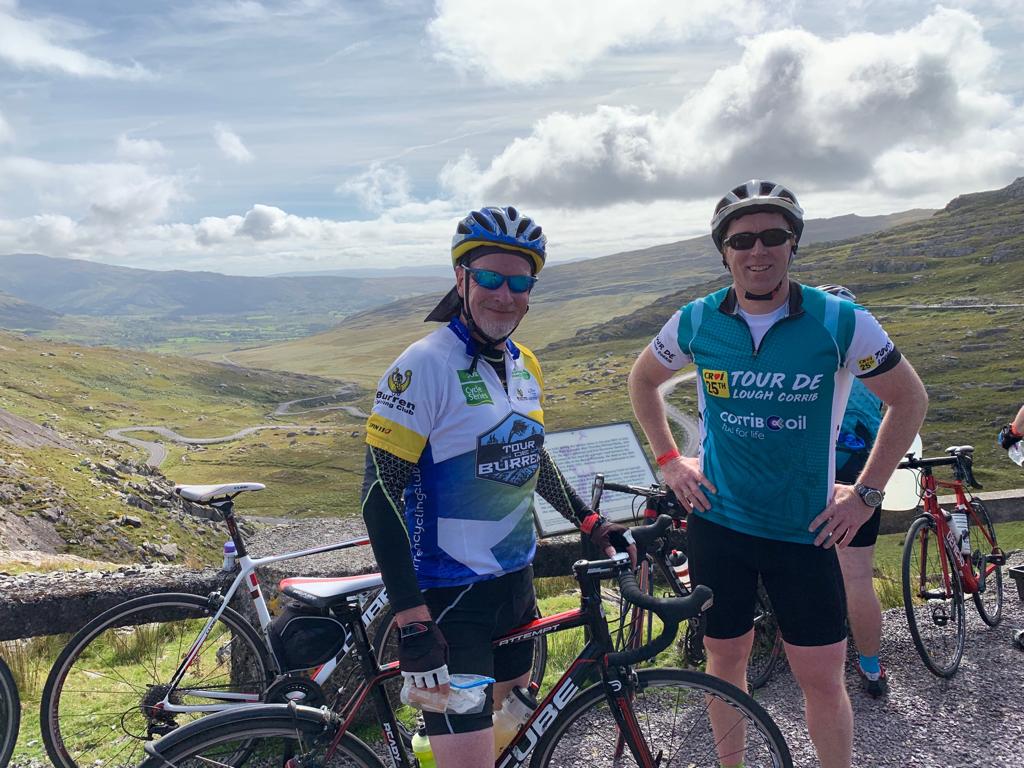 SEMRU carried out a survey of overseas visitors to Ireland, funded by the Marine Institute through its Marine Research Programme. The purpose of the survey was to estimate what proportion of total holiday expenditure was in coastal areas (coastal tourism) and what proportion was on undertaking marine related leisure activities (marine tourism). The full report can be downloaded here (). 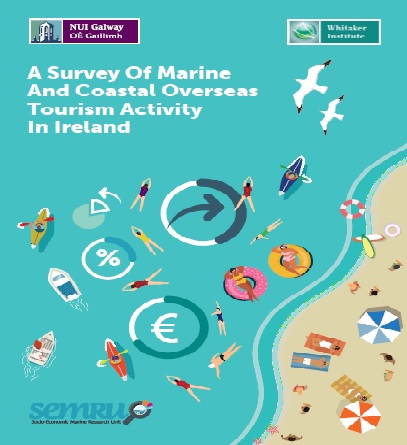 Coinciding with the Our Ocean Wealth Summit and the Government’s Annual Review of its Integrated Marine Plan – Harnessing Our Ocean Wealth, the report presents a complete and comparable profile across thirteen marine related industries in Ireland.

The update shows that Ireland’s ocean economy has a turnover of €6.2 billion, with a direct economic contribution, as measured by GVA, of €2.2 billion or 1.1% of GDP. Taking into account indirect GVA generated from ocean related activity in Ireland total GVA is €4.2bn, representing 2% of GDP.

Dr Stephen Hynes, co-author of the report and Director of SEMRU based at the Whitaker Institute for Innovation and Societal Change at NUI Galway, has advised Government that “the latest figures indicate that Ireland’s ocean economy continues to see growth across both established and emerging marine industries. We expect the Government’s 2020 target will be exceeded next year, and the gap is narrowing in terms of the Government’s ambitious 2030 target”. 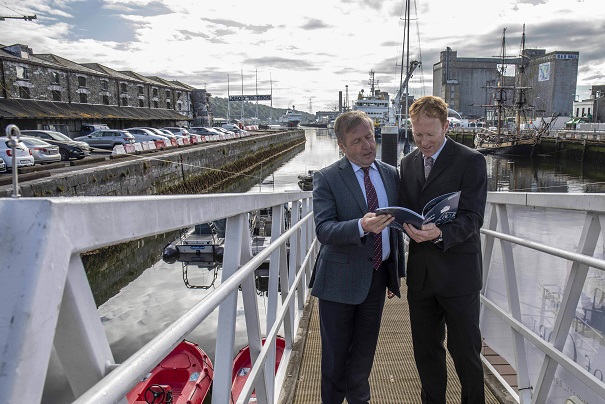 The latest figures have been announced by Minister for Agriculture, Food & the Marine, Michael Creed, TD at the Annual Ocean Wealth Summit in Cork. The 2019 Summit will see national and global leaders discuss the health of our oceans. This includes senior Government and UN representatives from island states sharing experiences on oceans’ health and climate change.

Ireland’s Ocean Economy Statistics Series is carried out with the support of the Marine Institute and is funded by the Irish Government’s Marine Research Programme.

Harnessing Our Ocean Wealth (HOOW) – An Integrated Marine Plan for Ireland, published in July 2012, outlines the Government’s ambitions a number of ambitious targets which seek to expand Ireland’s ocean economy. The Plan sets out two economic targets. The 2020 target aims to increase the turnover from Ireland’s ocean economy to exceed €6.4bh by 2020. SEMRU estimates that end the end of 2018, Ireland’s ocean industries have a combined turnover of €6.23bn.

The second target aims to double its value to 2.4% of GDP by 2030. This ambitious target was based on a total estimate (both direct and indirect Gross Value Added) in 2007 for the Irish Ocean economy that amounted to 1.2% of GDP at that time. The latest marine industry statistics from SEMRU indicate that the total direct and indirect value of the Irish ocean economy is €4.2bn (GVA), or 2% of GDP. 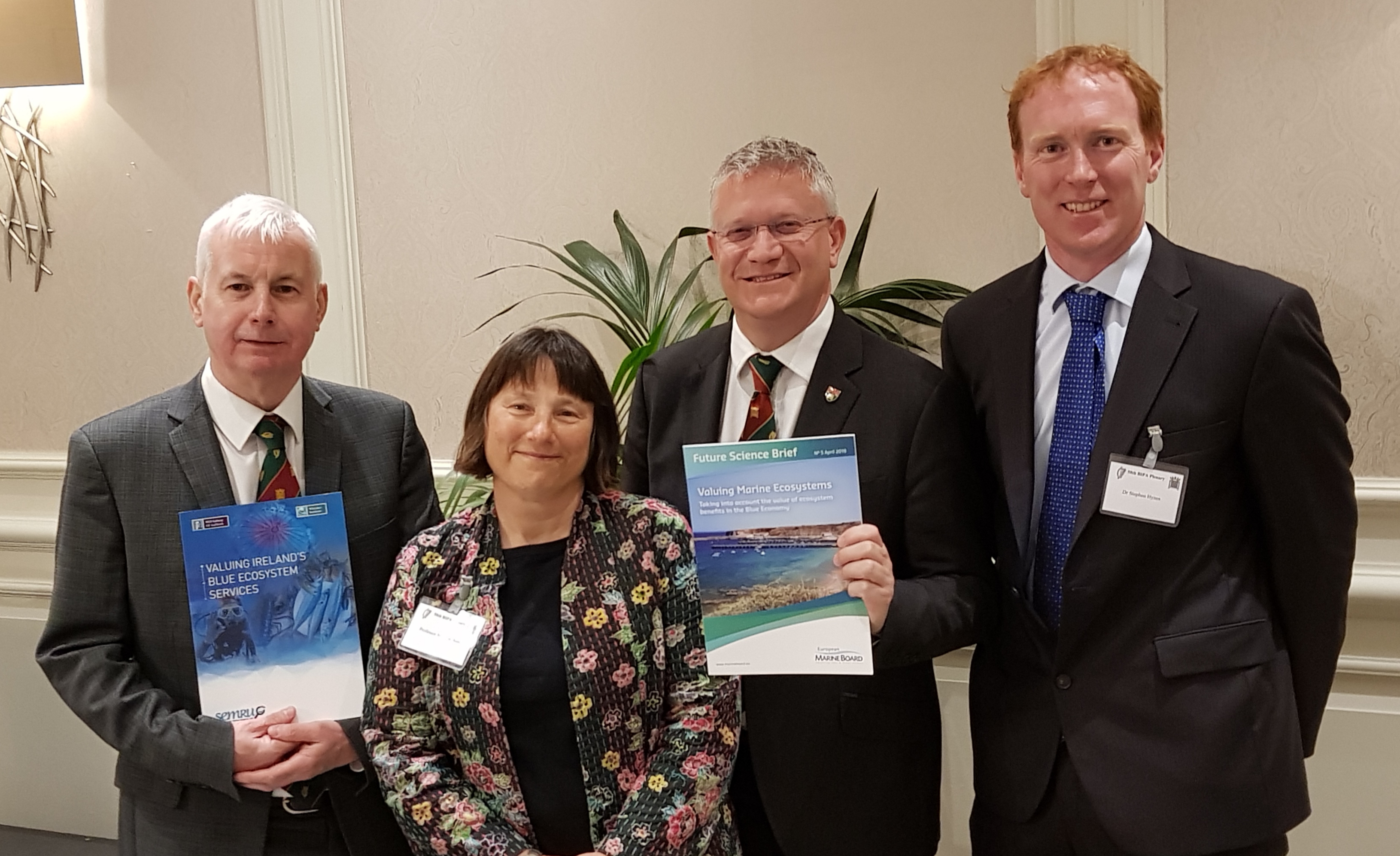 On Wednesday 3 April 2019, over 50 participants and speakers from across Europe gathered in the European Parliament to attend the launch of European Marine Board's 5th Future Science Brief on 'Valuing Marine Ecosystem Services'. The speakers and participants discussed how to better account for and integrate values stemming from Marine Ecosystem Services into marine management and policy decisions. SEMRU’s Stephen Hynes was one of the co-authors of the report. 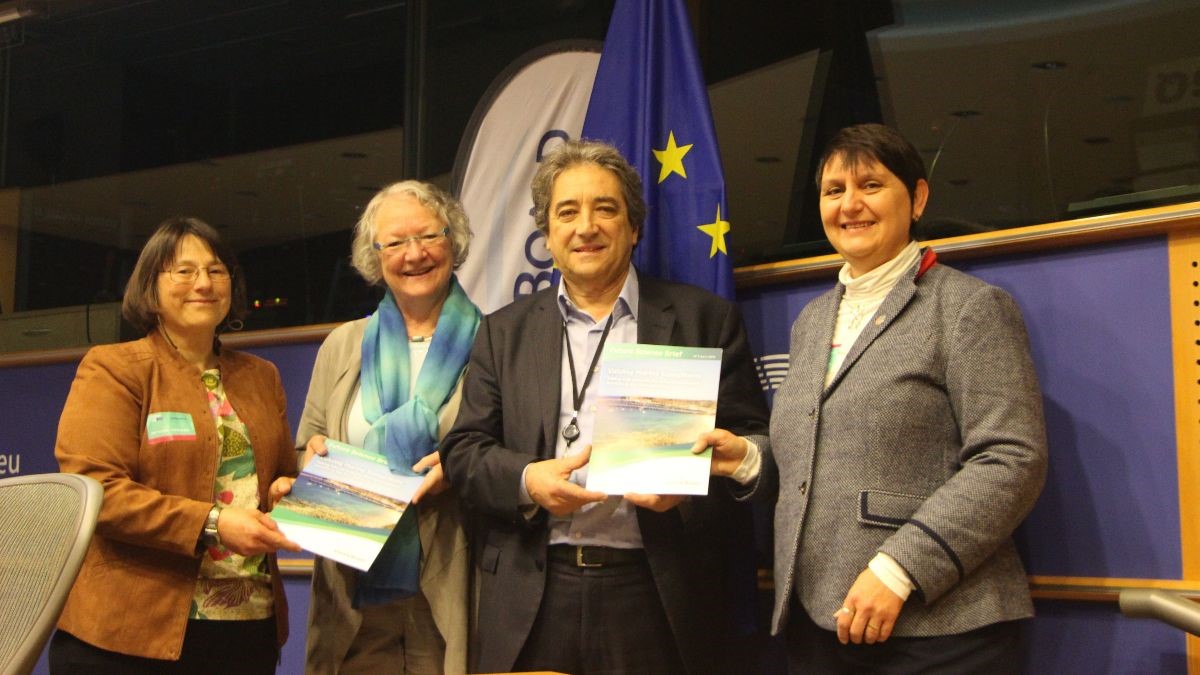 Working Group Chair Melanie Austen (on the left) and EMB Executive Director Sheila Heymans (on the right) hand over the first printed copies to the hosts of the event: MEP's Gessine Meissner (Germany) and Ricardo Serrão Santos (Portugal). 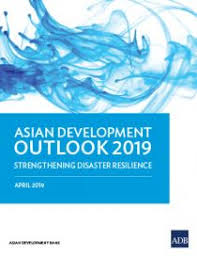 The theme chapter Strengthening Disaster Resilience shows that disasters, including their causes and consequences, are shaped by the dynamics of the economy, society, and environment in which they occur. Increasing disaster risk is a growing threat to the development and prosperity of countries across Asia and the Pacific, and the consequences — particularly in terms of fatalities and economic impacts —  tend to be more severe in developing countries and affect poor and marginalized people disproportionally.

Participants from Spain, Portugal, UK and Ireland took part in the third Partner Meeting of the EU Atlantic INTERREG Project ALICE in Belfast recently (3-5th April 2019). SEMRU are the Irish partner on the project where they are examining  the possibilities surrounding sustainable investments in Blue-Green Infrastructure Networks (BGINs) through identification of the benefits of Ecosystem Services delivered at the terrestrial-aquatic and land-sea interface in the Atlantic Region. 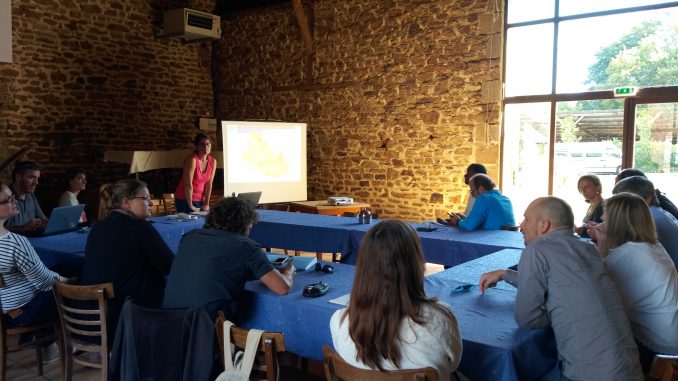 The other SEMRU presenter was PhD student Luke McGrath. He presented work on using genuine savings, a natural capital accounting approach, to measure changes in the levels of sustainable development in Ireland over time.

Students taking part in the seagoing training for the MSc (Global Environmental Economics) programme held in Cork, on Tuesday the 19th of February 2019 onboard the RV Celtic Voyager. The one day training focuses specifically on economic activities taking place in Cork Harbour and a hands-on examination of the methods by which marine scientists collect data that can be used by economists for modelling and analysing the impacts of economic activities on the marine environment.