A special issue of The Journal of Ocean and Coastal Economics that featured eleven papers drawn from the International Symposium on the Oceans in National Income Accounts hosted by the Whitaker Institute last year has been launched.  Prof Stephen Hynes of the Socio-Economic Marine Research Unit (SEMRU), Whitaker Institute and Prof Charles Colgan of the Center for the Blue Economy, Middlebury Institute of International Studies, Monterey, California were co-editors of the special issue. The symposium was held on the 24th and 25th of March 2021. In line with the presentations at the symposium the papers in the special issue cover the current status of defining the ocean economy within national accounts, the expansion of ocean accounting to include environmental economic values, and methodological tools to assist the integration. The introductory paper to the special issue, authored by the co-editors “From Monterey to Galway: Evolution of the Oceans in National Income Accounts” reviews the evolution of thinking on ocean economy and environment accounting since the first symposium held back in 2015 and also provides an overview of the selected eleven papers.

The symposium was supported with funding from the European Regional Development Fund and the EU Interreg Atlantic Area Programme via the SEMRU led MOSES project (EAPA_224/2016). The special issue is available to download here: Journal of Ocean and Coastal Economics, Volume 8, Issue 2 while the presentations from the Fifth International Symposium on the Oceans in National Income Accounts are available watch here. 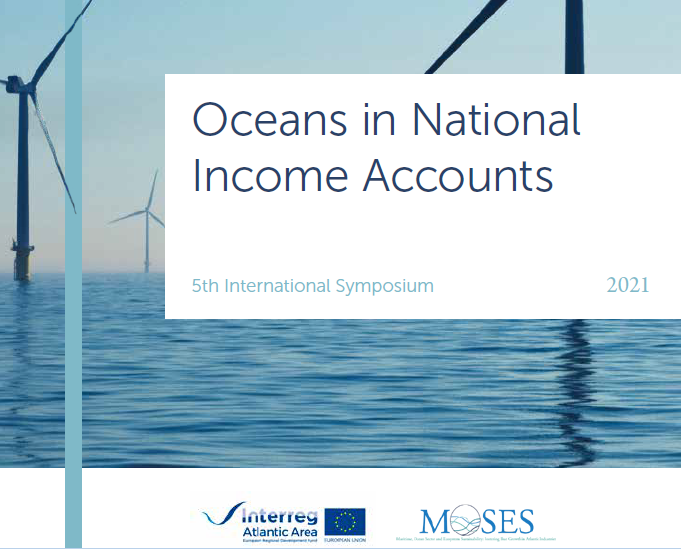