The Arts on Campus

The arts programme at NUI Galway is a collaboration between the Arts Office, the Societies office, students and staff of the University, which results in a celebration of creativity and talent.

NUI Galway has a proud tradition of student drama, with many distinguished names such as Garry Hynes, Mick Lally and Seán McGinley featuring among its Alumni. Its vibrant theatrical culture encompasses both the Siobhán Mc Kenna era and the founding of the Galway Druid theatre company.

The Bank of Ireland Theatre, located on campus, is popular with both University and Galway theatre-goers. The venue is used intensively by students on the MA in Drama and Theatre Studies programme and by the various student societies involved in the performing arts. It also hosts a range of productions and developmental workshops by touring theatre and dance companies throughout the year.

Since its opening, the Peacock Theatre, Daghdha Dance Company, The Corn Exchange, and Galway Youth Theatre, among others, have showcased work in this space.

NUI Galway makes provision for two professional writers-in-residence on campus. Distinguished playwrights, novelists and poets, in both the Irish and English language, are frequently housed within Áras na Gaeilge and the School of English.  Some past writers-in-residence include Pádraig ó Cíobháin and Mike McCormack.

These writers engage with students, staff and the wider community through a series of formal and informal talks, seminars and writing workshops.
Similarly, the weekly sessions of the Student Writers' Group and Publishing Society are crucial to the development of literary talent on campus.

The Irish Language Centre and the Acadamh na hOllscolaiochta Gaeilge  organise a range of arts programmes and activities in the Performing and Traditional Arts and Communications.

The Huston School of Film Digital Media was established under the active patronage of the Huston family. It offers students a great environment in which to study the creative arts, with regular seminars and lectures by industry professionals and a programme of conferences, symposiums and screenings throughout the year.

Muscailt, meaning 'to inspire' or 'awaken' is the University's annual Spring festival, which takes place every February. It aims to showcase and celebrate the artistic achievements of the NUI Galway community - students, staff and graduates, on and off campus - as well as those of top local, national and international artists.

Arts in Action is a programme specially designed for students of the National University of Ireland, Galway.  It includes illustrated performances and lectures in all of the art forms.  An accessible, ambitious and pleasurable programme, it aims to cultivate awareness of the Creative Arts, where each student will have the possibility for increased engagement in: Theatre, Traditional Arts, Architecture, Literatures in English and Irish, Dance, Music, Opera, Visual Art, Film, Circus, Street Spectacle. 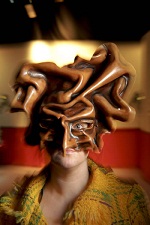 For more information on the arts at NUI Galway,