The LGBT+ Staff network is open to all staff members who are interested in the LGBT+ community on campus.  The network is working with the Equality, Diversity, and Inclusion Campus Committee to be a resource for all staff, to review and report on staff concerns and questions, and to help foster continued development and visibility.

The LGBT+ Staff network began development in late 2016 with the support of the Office of the Vice-President for Equality, Diversity and Inclusion.  A number of successful networking events were held and expressions of interest were sought for the development of a network.  The initial interest and support of staff helped to quickly make the emerging network a reality.

A formal strategy meeting to review possible action plans for a network was held on 3 July 2017 and a concrete set of goals was outlined.  A report was compiled and this will form part of the future work of the network.  The aim is also to bring LGBT+ staff together, showing support and providing a voice of leadership on LGBT+ issues at University of Galway.

The first event launching the network was held on 8 August 2017 during Galway Pride Week 2017, during which President James J. Browne raised the Pride flag at the Quadrangle building on campus - the first time the flag was raised at this location. It was a wonderful show of support from the University, and a notable first acheivement of the LGBT+ Staff Network.

Expressions of interest in leadership of the network were sought after this event and 9 members of staff agreed to take a leading role in the development.  The first steering committee meeting was held on 22 September 2017. Development of Terms of Reference and event planning followed, with the first Annual General Meeting of the LGBT+ Staff Network taking place on 8 December 2017. 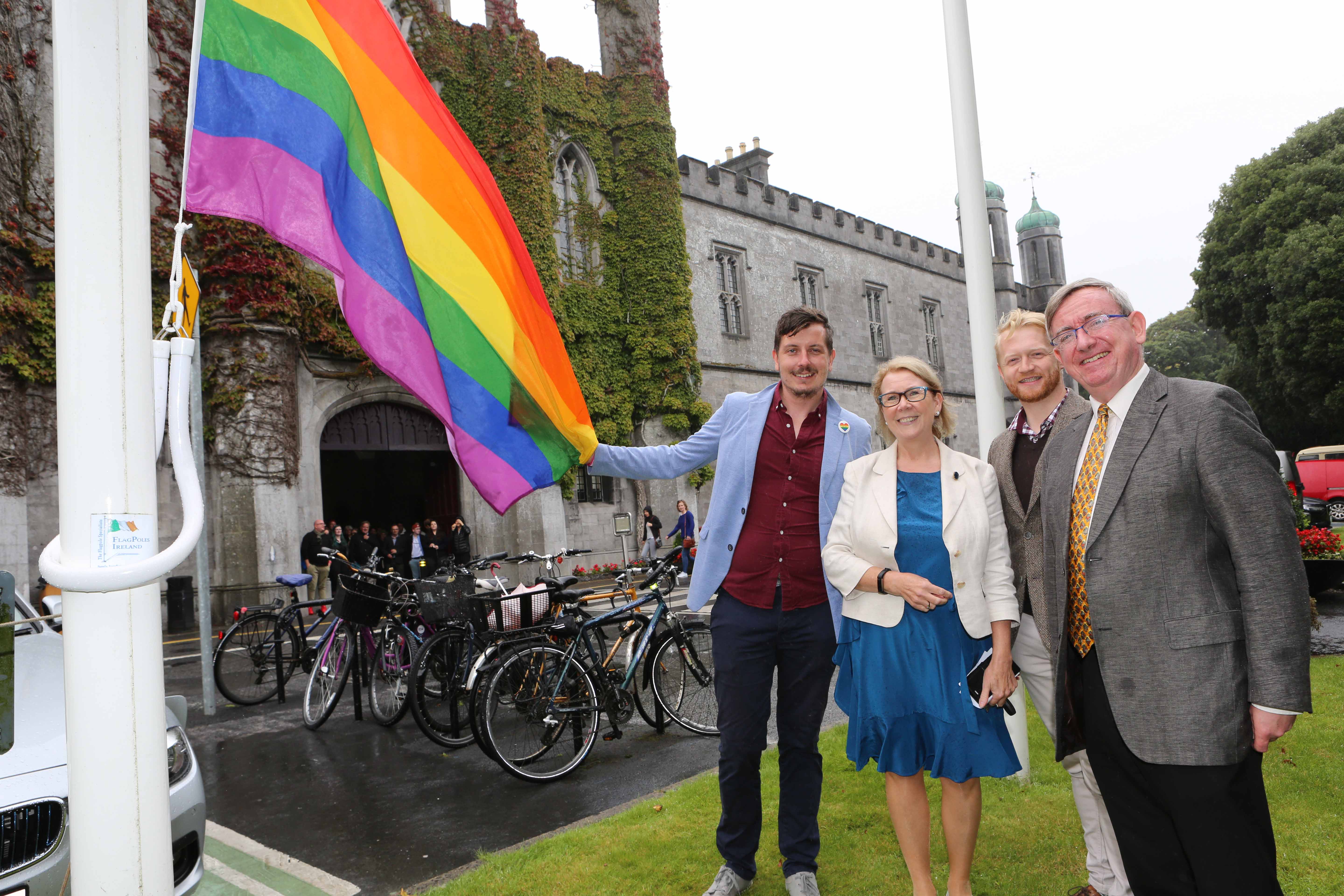 Review the Governance of the LGBT+ Staff Network and the work done at the Annual General Meetings.

Keep up to date on upcoming events and plans.