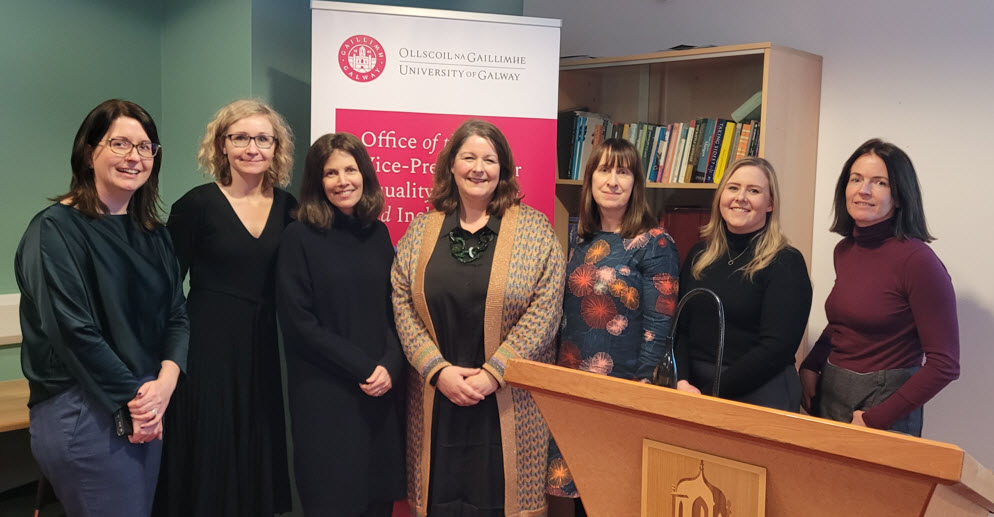 The University of Galway’s Athena Swan Champions meet together every 6 weeks during term time to discuss progress and obstacles arising at School and Unit level in relation to Athena Swan. Items raised during these meetings feed into the discussions of the Athena Swan Institutional Steering Group.

The Role of a Champion

Each School in the University of Galway typically has one/two Swan Co-Champions, appointed from within a School who report directly to their Head of School. Athena Swan Champions are usually the Chair of their local Athena Swan Self-Assessment Teams (SAT) and are members of their Schools’ Senior Management/Executive Boards.
The role of Athena Swan Co-Champion is a significant leadership position and Athena Swan activity is recognised under the contribution criterion for academic promotion.

This network enables new Champions to make connections with Champions in other schools, facilitates horizontal and vertical exchange of information, enables integration of institutional and school-level actions and fosters synergising of solutions.