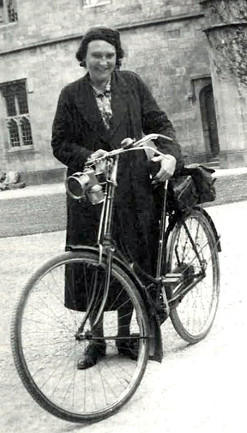 Heavey graduated with a BA from UCG in 1927 and a Higher Diploma in Education and MA in Classics both in 1928. In the same year, she won the  prestigious National University of Ireland Travelling Studentship in Classics, which allowed her to spend the next two years studying in Munich. After the University College, Galway Act 1929 gave UCG a special responsibility for university education through Irish, Heavey was appointed as a Lecturer in Latin (though Irish) in 1931 (in the same year that George Thomson was appointed as Lecturer in Greek through Irish).

Heavey was a highly respected teacher held in great affection by generations of her students (who knew her as 'Ma Heavey'). She published an Irish-language commentary on book II of Caesar's Gallic War (1940) and a number of Irish translations of Latin and Greek textbooks: Bun-Chúrsa Ceapadóireachta Gréigise (1941) [trans. North and Hillard's Greek Prose Composition]; Graiméar Gréigise, 2 vols (1942) [trans. Sonnenschein’s Greek Grammar]; and (with Seán Seártan) Prós-cheapadóireacht laidne .i. Bradley’s Arnold (1947).

The esteem in which she was held may be illustrated by two testamonials supplied on the occasion of her promotion to Professor in 1958:

‘The standard attained by her pupils was high, and they combined accuracy and freshness of approach in a way that suggested thorough preparation by a teacher who was ready to take pains over fundamentals while welcoming originality… her mastery of Greek and Latin shows her to be an exceptionally gifted linguist with a feeling for language and a sense of style.’
D. E. W. Wormell (Prof. of Latin at Trinity College, Dublin)

‘Maidir lena heolas ar an nGaeilge, idir a labhairt is cheapadóireacht sa teangaidh, níl agam ach moladh gan cuimse d’Inín Í Éimhthigh. Ina theannta sin, is comhghuaillí ar fónamh í, a bhfuil pearsantacht gheanúil aici, agus a bhfuil gnaoi gach duine d’fheáin an choláiste uirthi.’
[Regarding her knowledge of Irish, both spoken and written composition, I have only unreserved praise for Miss Heavey. In addition, she is an excellent colleague, with an endearing personality, and has the affection of everybody in the college community.]
Tomás S. Ó Máille (Prof. of Modern Irish at UCG)

Margaret Heavey died on 15 February 1980. She bequeathed a generous donation to the University in order to establish the Athenry Prizes.

Our annual Margaret Heavey Memorial Lecture commemorates the outstanding contribution of Prof. Heavey to teaching in Classics and to the university generally.

2017
Richard Seaford (Exeter): '"Does the inner self exist?" Ancient insights from Greece and India'

2016
Andy Orchard (Oxford): ‘The Enigmatic Aspects of the Hisperica Famina’

2013
James Clackson (Cambridge): 'How many languages were spoken in the ancient world?'