Undergraduate students can study Spanish on the following programmes at NUIG: 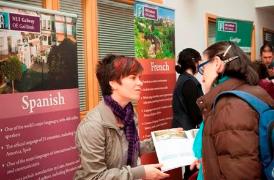 Taking Spanish as one of your subjects will enable you to develop a sound knowledge of the language, spend a year living and studying in Spain or Mexico, and explore the rich cultural heritage of Spain and Latin America, including major works of literature and film that have been produced in the Spanish language.

What will I be studying? 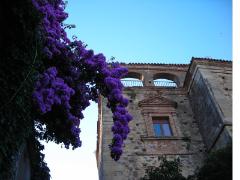 Spanish is offered at beginners’ and post-Leaving Certificate level. Students wishing to take First Year Intermediate Spanish will be expected to have attained a Grade C3 or higher in the Leaving Certificate Honours Spanish paper or equivalent. Both courses aim to achieve a confident fluency in written and oral Spanish and to give students a sound understanding of major aspects of Spanish life and modern Spanish history and culture, including film. In addition, the final year of the course provides an opportunity for in-depth study of similar aspects of Latin America.